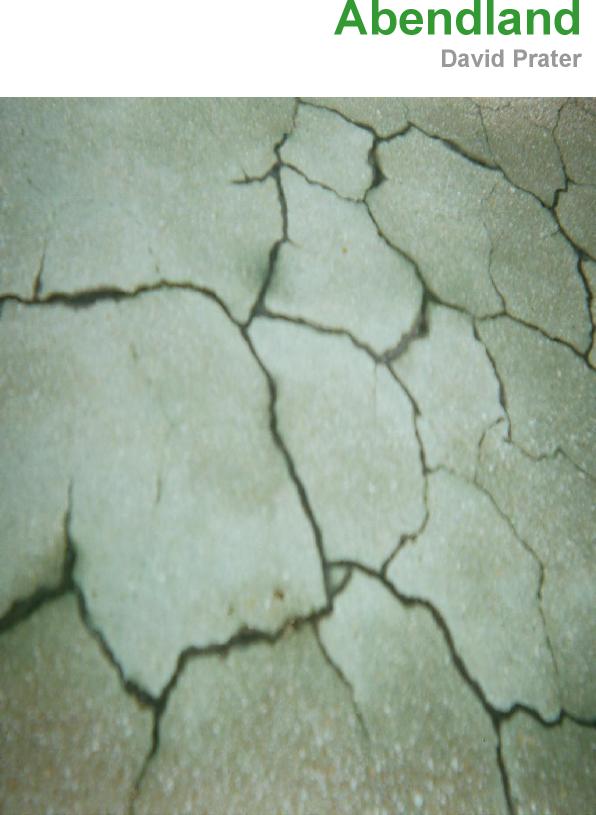 My chapbook Abendland (pictured left, details) has been reviewed by Philly poet Adam Fieled on his excellent blog. Check out the review here. As far as I can tell, this is the first time my work has ever been reviewed, anywhere. I only have a couple of copies of the book left, but I hope to make an announcement soon as to a possible re-release, along the lines of Pavement's Slanted and Enchanted. For those who don't have a clue what I'm talking about, Pavement's debut full length album circulated unofficially as a cassette tape in the early 1990s, with the consequence that it was well known "underground" before being released, erm, "overground". So, if you'd like to possess a copy of the original chapbook, and would like to be able to tell your grandkids that you got in there first, before the Abendland project went mainstream, contact me via email. Like, today. In other spellbinding news, sure to get Stung seething, I've finally bitten the bullet and re-registered the www.daveydreamnation.com domain, which is now up and running, albeit sans content (UPDATE: the new [d/dn v.10] blog is now operational). Regular (oh come, all ye faithful) readers will recall the jitch-up that occurred about three years ago, when I first registered the domain, and then a year later forgot to renew the registration, with the result that the site was taken over by a cyber-porn-squatter. Luckily for me, the squatter lost interest and didn't renew the registration him or herself. So, here we are again. I'll be slowly migrating this blog, plus a few other ones, to the new domain over the next few weeks. In the meantime, Davey continues to race towards the elusive target of one hundred releases on his [dnrc] label. For your reading (if not listening) pleasure, please consider: The Point Breaks: "What's the Point?" Critics: "No Idea" Inspirational Magnets: "Pop and Lock" More to come, I'm afraid. My track "The Boys Who", featured on the CD accompanying issue #23 of Going Down Swinging is now also featured on the new GDS myspace page. Bloody hell. I'm tempted to write "Thanx for the add" but instead I'll just say UNTOLD!