How to look like a complete idiot in four easy steps 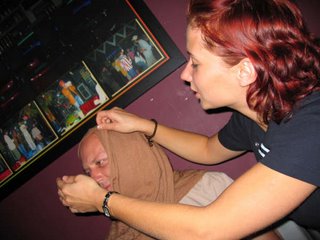 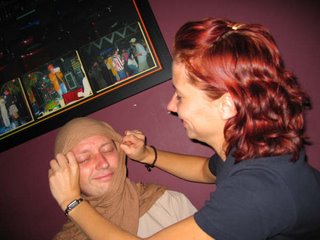 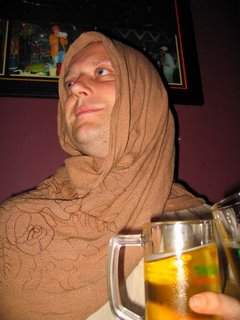 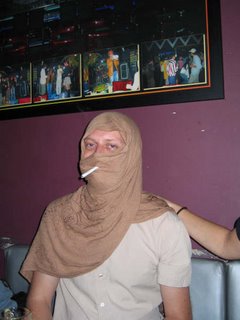 By way of explanation, these shots were taken in Seoul last year. I was walking down the street with my friend Kevin, hungover and looking for hot chips, when we ran into two girls from Dresden, Anja and Enik�. They were lost, so we helped them find their way to some temple or other. Turned out they were only in Seoul for one night, so we arranged to meet up for dinner and drinks. They were pretty (funny) girls - and we had some hilarious moments in a Jongno bar called Blue Moon. At one stage Anja decided that I'd look good in her scarf and so we proceeded to assemble possibly the worst look I have ever sported, the faux-burka drunk. No offence intended to anyone, seriously. Let me stress, this was not my idea at all. Anyway, out of the blue, Anja recently sent me these pictures as evidence. Memories of the night flooded back, unfortunately. Now I'm inflicting them on you, too. Look and learn, fashionistas.