Showing posts from May, 2006
Show All

Two Buddha Machines Hum As One (for Kat)

May 31, 2006
The Buddha Machine is an ambient music player that features eight different loops in an attractive (in this instance, hot pink) casing. Decidedly lo-fi and ultra-cool, the BM has even been reviewed on Pitchfork and is crying out for some experimental soinic fusion. So here's one attempt at getting two Buddha Machines to talk to each other - the sound and vision quality may be a bit patchy but there's no doubting the fact that these two little Walkman clones just want to chirrup like a couple of new-born Yodel Monkeys. Listen and learn, Brian Eno. Powered by Castpost .
1 comment
Read more

Some Chinese Signs That Speak For Themselves 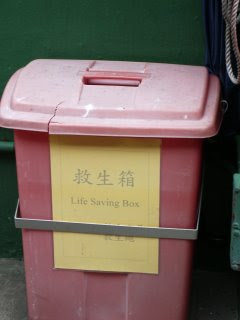 Photos from the Great Wall 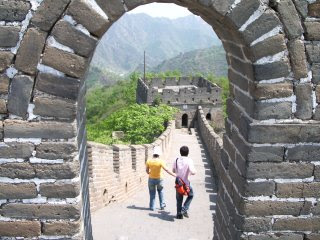 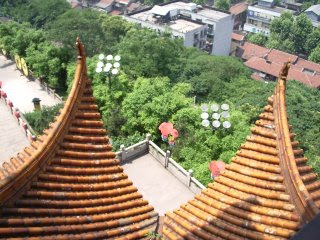 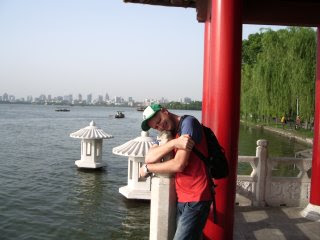 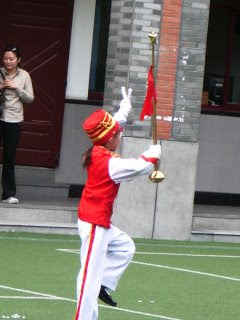 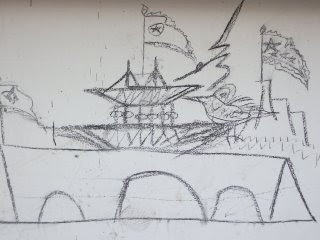 May 30, 2006
Good day David! At first I should tell you about my appear, so I got E-mail from one DATING AGENCY but really that was VERY STRANGE for me because I closed all my accounts at DATING SITES, because I don't like people who are interested just in non SERIOUS RELATIONS, I have much FRIENDS from that sites but really I did not find someone special for me ... But I got your E-mail address and thought "MAYBE THAT IS MY DESTINY" to find someone special? Really there was written that you wish to know me. So I don't know where you did get MY E-MAIL ADDRESS but I hope that is NOT JUST MISTAKE. I hope to hear from you soon ... If you decide to answer me I promise to SEND YOU big LETTER and MY BEST PHOTOS!!! I'd like to learn more about you. PLEASE, WRITE ME some lines about your personality, your hobbies, your way of life. I'm really interested to know! As for me, I'm an easy-going and open-hearted person. I take life as it comes and have optimistic views. It doesn
Post a Comment
Read more

May 21, 2006
When it rains non-stop for twenty four hours, that's Buddha. Both the rain and the end of the rain, after which the freshness is Buddha, too. When two Chinese girls dressed in white stare at you for a while and then ask to have their photo taken with you, that's Buddha. When you try to catch a train from a railway station that hasn't even been fully-constructed yet, that's Buddha. When you find a bus outside the station that's leaving for Hangzhou in five minutes, that's Buddha too. When you walk beside the lake, Buddha is in the water, disguised as a golden cow. Both the gold and the camera you use to take a picture of the cow are Buddha. It begins to feel as if everything is Buddha. That's also Buddha. When the old woman at the convenience store laughs at the amount of alcohol you are drinking, that's probably Buddha. The mischievous smile of a drunken Buddha, anyway. When you buy a small jar of clear spirits, Buddha exists in your shaking hand. When t
1 comment
Read more

May 21, 2006
there is something very pseudo about all this - there is something very pseudo about you - every thing you do is fake (you are a fake - is nothing real to you? your 'art' (if you can call it that) is mediocre) it's all so juvenile and all so - 'middlebrow' ... king of kmart - it's all just a little game for you - for some of us it's real
2 comments
Read more

May 19, 2006
our first date - what a write-off! i even bought you flowers - you selfish man! you could have told me you'd double-booked - hell! million-booked more like it boy you had a nerve making all of us line up like school-kids in our uniforms hand in hand boys & girls two by two round & round the square for hours on end! as my two red flowers wilted in the spring sunshine i practised my lines - i'd been rehearsing them for weeks - no - years! oh you heartless man! as i walked up the steps i couldn't stop myself from grinning like a young man in love - how wrong i was! we were ushered into the first of several chambers & i placed my offering my bouquet amongst the thousands of other bouquets all bought from the same stall & all destined to return there - recycling my love wish - what gall! then came the moment i had been waiting for - a private moment - some moment that was! ha! i didn't even get a look in did i? frog-marched past your bed with nary a c
Post a Comment
Read more

May 19, 2006
two fluffy white buns filled with nothing but hot air ah, spring in beijing!
Post a Comment
Read more

May 18, 2006
outside my window a hundred games of mah-jonng spring rain in shanghai
Post a Comment
Read more

May 18, 2006
even yesterday there was a tomorrow but that's today and now yesterday has no tomorrow only something like the days before when armies were just as foreign as something in a foreign newspaper that (torn down contained news from our foreign wars that happened days before or even some time in that crystal future's past - denied its presence or even a concession once expected now overdue or lacking it's always missing: the beat of an army's drum that kept it moving in time & in a space where yesterday gunboats patrolled these banks & outlets today container ships blast sirens or horns to warn approaching vessels filled with armies of mud gold & leather buckles swords & rusty cannon shots across the bow of now (eradicated capitals that yesterday's tourists rebuilt desolate worn-down town filled with flowers in upturned helmets (we surrender
1 comment
Read more

May 18, 2006
Ni Hao! Greetings to the world from Shanghai, where for some reason I am able to open the Blogger site but not my homepage itself, meaning that for the next week or two I will be posting blind, hoping that some of my formatting is not lost, and that these posts and poems will not be intercepted en route by cyber-cops or game-hackers, virtual worms or stanza-bots. While I haven't exactly been feeling very poetically inspired, it's a rainy day today, meaning that I have lots of time to noodle, so maybe this will be the start of a massive downloading of thoughts and experiences. Or maybe I'll just get drunk on deadly white spirits instead. I'll spare youse all the travelogue-type entries that we have all come to know and love, except to say that after about a week in Beijing, being here in Shanghai is a disorienting experience - going from "ancient" China to "modern" China in the space of thirteen hours does involve a bit of a head-trip, and I have to
1 comment
Read more

May 09, 2006
In less than twenty four hours I'll be on a plane heading towards China, where I'll be spending the next three weeks drinking tea and Tsing Tao beer, eating noodles and Peking Duck, catching high speed trains and tediously slow buses, walking down new hutongs and old expressways, listening to symphonies of traffic and melodious choruses of spitting, mis-reading Mandarin street signs and Dan Brown novels, visiting the Beijing Museum of Tap Water and the Great Wall, meeting kooky travellers and even kookier locals, dancing to David Bowie and Iggy Pop singing "China Girl" (okay, that's a joke), spending oodles of Yuan on Gucci face masks and Louis Vuitton bum bags, breathing in fragrant pollution and the blissful steam from lotus buns, touching the falling dust and the rising sky, dressing up as Mao and Deng Xiaoping at the same time, dodging taxi touts and suspect puddles, riding cranky bicycles and mud-brown waves, laughing at myself and others and generally doing
5 comments
Read more 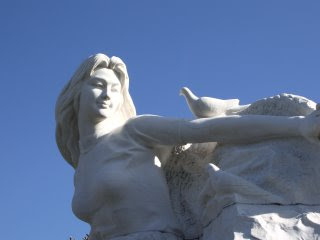